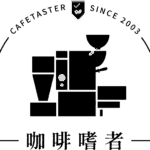 Blind Assessment: Evaluated as espresso. Ken (92) showed considerably more enthusiasm for this intense dried-in-the-fruit profile than his only mildly respectful co-taster (89). The co-taster associated the usual fermented fruit notes with wine and spiced cider, Ken with bourbon whisky (which he likes). The co-taster found the fermented fruit notes complicated by “sweet hay and malt,” Ken by a more decisive “fresh-cut cedar.” Ken rated the lightly syrupy, perhaps buttery mouthfeel a bit higher than did his co-taster. Both found the shot pleasantly chocolaty in three parts milk, additionally nuanced by malt for the co-taster, by cedar for Ken.

Notes: This is a dry-processed or "natural" coffee, meaning the beans were dried inside the fruit rather than after the fruit has been removed, as is the case with wet-processed or "washed" coffees. The Kotowa farm and the Ricardo Joyner family have consistently produced prize winning coffees over the years, always following high standards of environmental and human stewardship, including certified organic growing practices. CaféTaster is an aficionado nano-roaster of the style increasingly characteristic of East Asia countries like Taiwan and Korea, roasting very high-end coffees in very small volumes for a tiny clientele of passionate coffee enthusiasts, in the process selling coffee education as much as coffee itself. For more information, visit www.facebook.com/cafetaster or email roaster Jerry Huang at [email protected]

Who Should Drink It: Those espresso drinkers who, like Ken, value the aromatic wood, deep fruit and caramelly sweetness of good American whiskey.

Show all reviews for this roaster
Visit CafeTaster >

This review originally appeared in the May, 2013 tasting report: Lighter and Brighter: Single-Origin Espressos