Co-taster Byron Holcomb (94): "On the nose, I got inviting, complex floral and strawberry notes. The body was vivacious - I could have said round, sweet, with a little savory edge, comforting, but vivacious will do." Both Ken (94) and Byron found chocolate and malt in the flavor, with an assortment of additional descriptors that testify to the complexity of this blend: "cedar, butter" (Ken), "lemon bar, spice" (Byron). Both were impressed by the big, sweet, chocolaty bloom in milk, which Byron found was complicated by a continued, brightening hint of lemon zest. It appears that a very controlled, judicious use of cleanly fruity-fermented dry-processed coffees contributed to the round, sweet, complex richness of this versatile blend.

The heavily syrupy body of this espresso particularly impressed both Ken (90) and co-taster Byron Holcomb (93) who for his part associated it with the fruity heaviness of mango nectar. The tropical fruit theme also surfaced in Ken's description of flavor and finish, where he found "bananaish fruit" along with cedar and anise. Byron also admired the "subtle, nutty, light nose" that turned to honey and whiskey in his characterization of flavor. In milk a distinct chocolate was complicated by fruit and floral notes for Ken, berry and agave for Byron.

Co-taster Byron Holcomb (92) particularly admired the aroma of this espresso, remarking on "distinct notes of saffron, carrots and pistachio." Both Ken (90) and Byron enjoyed the lightly syrupy, cohesive mouthfeel. Both offered approving descriptors for an unusual flavor complex that Byron described as dry flowers and Ken as anise and herb. In milk Byron found the light, complexly sweet flavor of tres leches cake; Ken may have found that too if he had thought of it, but left to himself he settled on a floral/fruit-toned chocolate.

Very complex espresso in which forceful blend components were allowed full, if rather competitive expression. Co-taster Byron Holcomb (90) read the earthy and mildly musty side of the blend: earth and molasses in the aroma, "musty, cedar - a little confused" in the small cup. Ken (92) on the other hand, read the confusion as complexity and emphasized the Ethiopian elements, particularly the flowers and fruit, which for him gave the cedar and earth tendencies an anise-like liveliness. Both admired the mouthfeel, which Byron described as "the same weight as whole milk: buttery and round without heaviness." Impressive in four parts milk: "deeply, richly and cleanly chocolaty" for Ken; toffee-like for Byron, though his reservation persisted: "still a bit dirty."

Ken (92) enjoyed this espresso considerably more than did co-taster Byron Holcomb (89). The reason may have been their differing reactions to the influence of a fruity fermented character that Ken read as pleasingly brandy-like and Byron as dry white wine at best, bitterish seed-and-skin, muscadine grape at worst. Similarly, Ken was more positive toward a fresh-cut cedar character in aroma and flavor. Ken did have reservations about finish, where a hint of the heavy, salty side of the fruit ferment showed up. Byron gave the blend a break in four parts milk, where he described its impact as "white grape juice, subtle but nice, clean." For Ken the presence in milk was all good, a "deep brandied chocolate."

For Ken (90) this blend led with the fruity ferment of dried-in-the-fruit coffee, and his assessments reflect his ambivalence toward the type; he read chocolate and an attractive brandyish fruit in the aroma and flavor, but was bothered by a slight, shadow hint of salt. Byron (92) on the other hand read almost all positives in the fruity richness: "dark and spicy flavors blended to a round, sweet, nutty finish that left a post-ice-cream mouthfeel. The body was syrupy and sweet. Powerful, dark-chocolate presence in milk, with a slight salt or bitter edge. Byron concludes: "Strange blend name, great espresso."

Co-taster Byron Holcomb (92) found more going on aromatically in this poised, balanced espresso than did Ken (89). Byron: "Aroma notes of brandy, honey and walnut yielded [to] flavors of passion fruit and orange bitters. The aftertaste was ? dry with notes of bakers' cocoa. In milk, some of the great spice notes showed: cinnamon, coriander, allspice."

"Exciting" espresso for co-taster Byron Holcomb (91) with a shifty, hard-to-read complexity in aroma and small cup. "Fruit, chocolate, salty/sweet" for Byron, "butter, nut, cedar, earth" for Ken (90). Medium-bodied, with a long, rich, though slightly astringent finish. But comes into its own in four parts milk, where the ambiguity smoothes, fattens and becomes all good: in Byron's reading, "milk cocoa with lots of spice notes: ginger, herb, allspice, clove."

Complex espresso with a savory-sweet character and a wide sensory range. Co-taster Byron Holcomb (91) associated the savory-sweet tendencies with Southern comfort food, but for those who don't know sweet collard greens and carrots in butter he helpfully elaborates: The aroma displays "honey, clove and green veggies," the body is heavy, the flavor in the small cup "light and bright with nice notes of sweet and sour." Ken (91) more prosaically reads a smoky, slightly salty pungency complicated by lively floral-fruit top notes. Fades slightly in four parts milk but retains a pleasing floral and savory vegetable character complicating the usual milk-influenced chocolate. 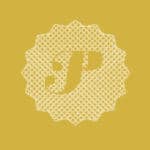 A balanced, gently rich espresso. For co-taster Byron Holcomb (91) "red wine" in the aroma and tart jam and boysenberry in the flavor. Ken (89) read the sweetness as caramelly rather than fruit-toned and the dry notes as aromatic wood and leather. Both found the body on the light side but the mouthfeel pleasingly smooth. Rich finishing; Byron picked up lavender as the mouthfeel faded. Four parts milk plumped up the body; Byron read "granola with fruit, cranberry in particular."

Both Ken (90) and co-taster Byron Holcomb (89) enjoyed this blend's natural sweetness. Ken found the sweetness balanced by a "gentle pungency," which could have been another term for what Byron described as dry berry or black currant notes. The aroma was delicate and "floral" (Byron), the mouthfeel buttery for Ken and nectar-like for Byron. Nicely balanced and gently chocolaty in four parts hot milk.